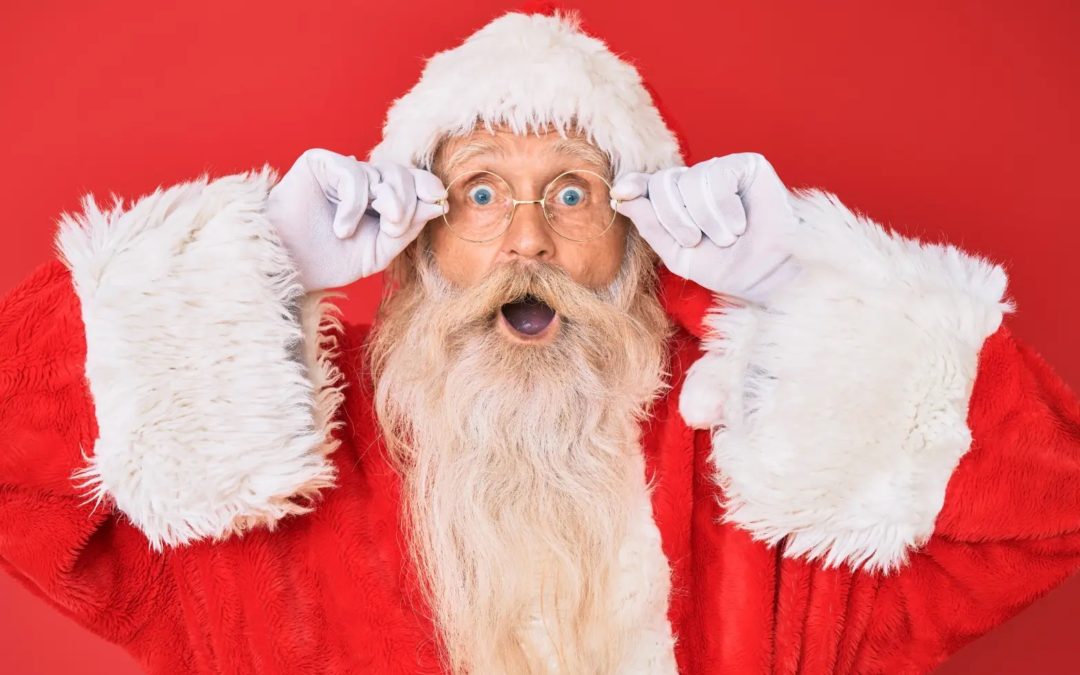 Santa Claus is great at running an effective business. After conducting extensive research on the inner workings of his North Pole operations, I found several lessons small business owners can learn from the jolly man.

Full disclosure: I’m not sure if Santa is a small business owner or not. Estimates of the number of elves in his employee vary from six to thousands. That isn’t including the multiple reindeer, the giant yeti with the star, or any snow people in magical hats.

No matter the actual size of his business, I believe Santa Claus has a lot to teach small business owners.

Let’s take a look at a few.

He knows his clients

Santa’s clients are children. But, unlike Santa, I’m not suggesting you watch your clients while they’re sleeping or when they’re awake. That’s creepy and illegal. But you should know their names and something about them, such as if they’re married or where they’re from.

His branding is consistent

Santa’s branding sticks to a consistent color scheme made up of red, black, and white, with occasional hints of green and gold.

Items such as candy canes, Christmas trees, and vintage wooden toys permeate his marketing materials (such as greeting cards and wrapping paper).

In addition, his trademark phrase is memorable, succinct, and instantly recognizable: “Ho, ho, ho! Merry Christmas!” The fact that he says it every year throughout a wide variety of media shows a commitment to his branding that we can all admire.

Christmas Eve isn’t the only deadline Santa has to meet. If he wants to deliver presents on this day, he must meet self-imposed deadlines throughout the year.

He reviews his work

After Santa creates a list of good/naughty boys and girls, he checks it twice. We can all learn from this by going over our most important documents once or twice to ensure the information is correct.

He isn’t afraid to do the tough stuff

Going down a chimney is no easy feat—especially if a fire still burns in it. And he is committed to eating the cookies (no matter how stale) and drinking the milk (even if it has soured) that children put out for him on Christmas Eve.

Furthermore, he must contend with cold and/or stormy weather and the stench of reindeer for an entire night.

You may not need to pull an all-nighter like Santa every year. But you have to be willing to put in the hard work necessary to meet your deadlines.

Children all over the world depend on Santa Claus and his team to deliver toys. Rain or shine, they know he will show up with his reindeer and a sack full of gifts.

This level of dependency is something all small business owners can aspire to. We don’t want our customers to have any doubt that we’ll show up when we say we are.

He knows he can’t do it alone

Sure, Santa has his elves and reindeer, but the real reason he can run his workshop is Mrs. Claus.

As a small business owner, you know you aren’t the only one to thank for your success. Maybe it’s a spouse, who has stood by your side since you started your business. Or maybe it’s a friend or family member. The point is to recognize that you had help.

Santa recognizes this about his success. That’s why Mrs. Claus is his best friend, a staple of his brand, and a beloved Christmas icon.

He maintains a positive working environment

The North Pole is pet-friendly, with reindeer and the occasional toothless yeti roaming the premises freely. There are also regular hot chocolate breaks for elves.

As good as all these benefits are, the most important aspect is the sense of joy that comes from working there. This is indicative by the Christmas carols you can hear the elves singing throughout their work shifts.

He isn’t afraid to think outside of the box

Traveling in a sleigh led by flying reindeer isn’t conventional, but it works for Santa’s brand. Likewise, going down a chimney instead of knocking at a door isn’t a common practice. But again, it works for his brand.

He gives folks a shot

As far as I can tell, Santa is the sole employer of elves. Granted, I’m not sure where he finds these elves, but the point remains that he is giving these folks a chance to build their careers.

You may not be able to hire many people, but, like Santa, you can use your best judgment and give new employees the chance to prove themselves.

He meets with his clients face-to-face

Depending on who you talk to, Santa either visits malls himself, or he has ambassadors represent him on his behalf. Either way, he’s hearing directly from his clients (children).

Face-to-face meetings are very important if you want to make a lasting impression on a client, whether you do so virtually or (preferably) in person.